The until-recently benevolent weather gods have relented in their delay of winter and have over the last week well and truly opened the fridge door.

Herren and Frauen, I give you the arrival of Arschkalt.

For those of you pondering the meaning of this lovely German phrase, I would invite you to divide it into its constituent parts – ‘Arsch’ and ‘Kalt’ . Proclaim them loudly  in your best German accent and you should grasp it, or at least startle any passers-by.

Perhaps I should quantify the Arschkalt.

It began on Monday when parts of north east Germany were plunged into chaos by squalls of freezing drizzle. These rain droplets froze on contact, coating the streets of Berlin with black ice and causing more than two thousand accidents.

More on that here.

The mercury steadily dropped until we hit -12 degrees C last night (-20°C wind chill). Parts of the Spree River are close to completely freezing as abstract canvases of ice link meld together to create a temporary installation of purity. 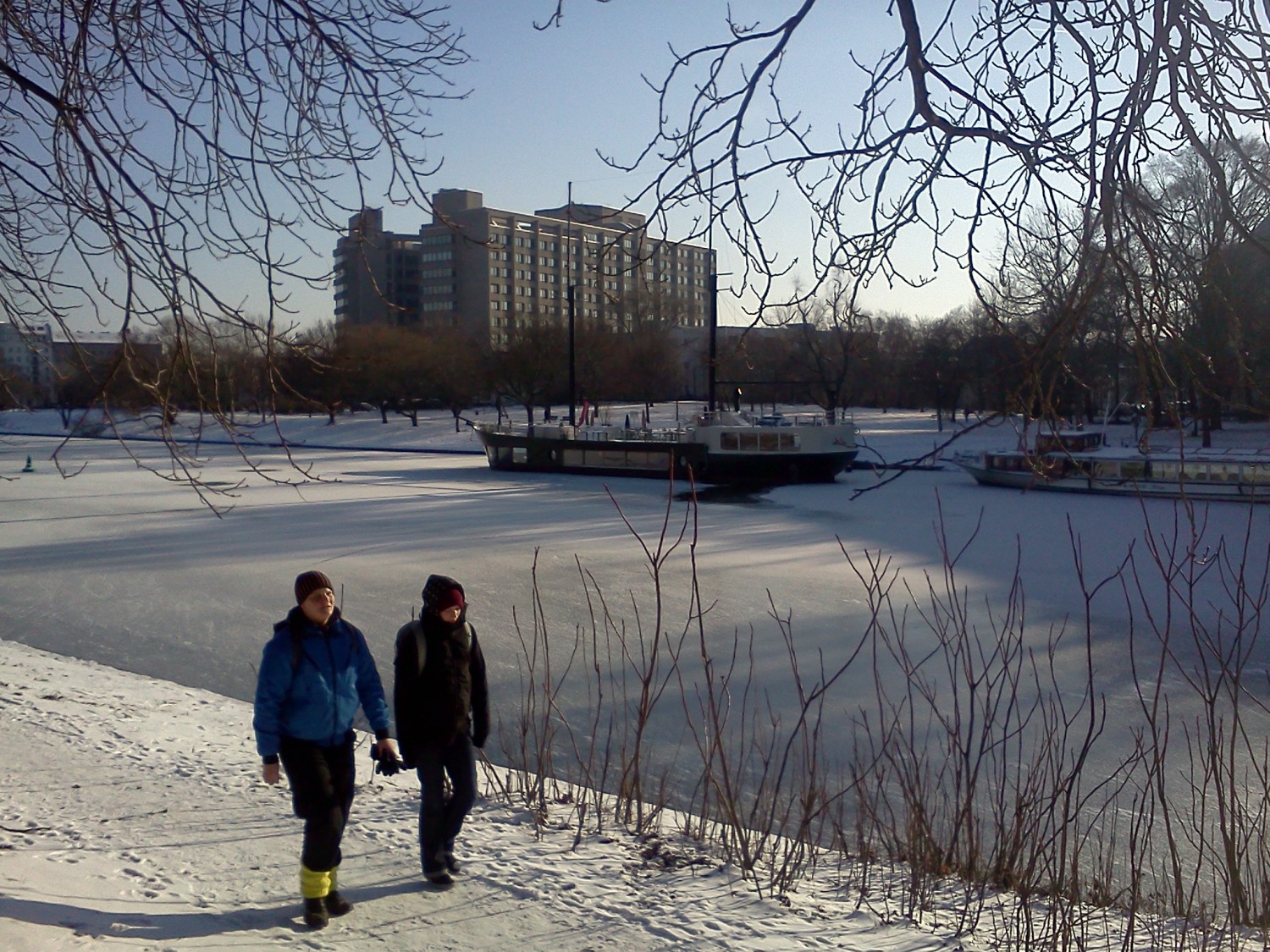 I can already imagine Scandinavians and other northern sorts rolling their eyes. A mere -12°C. Pssh. 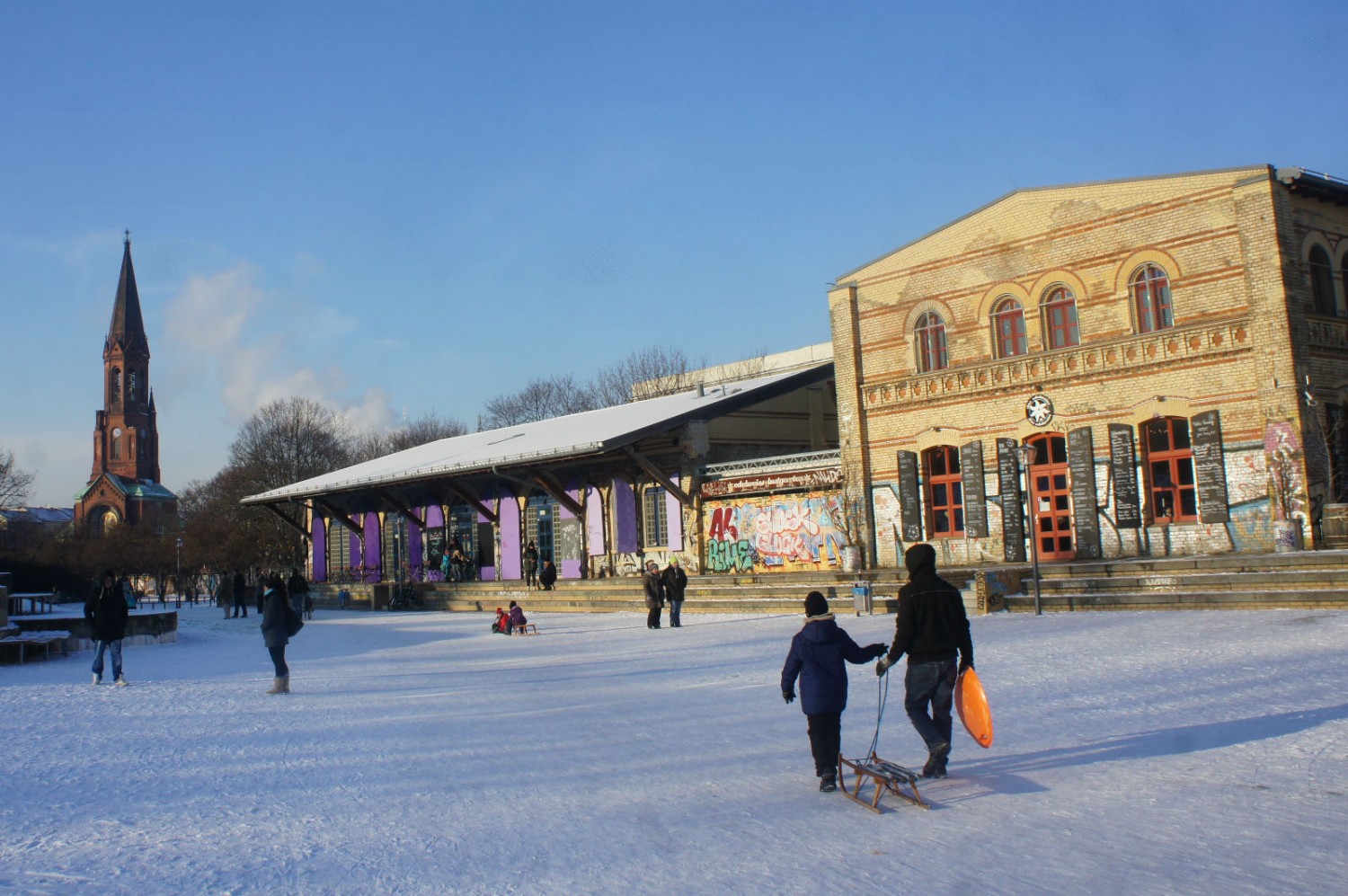 I’m hardly complaining. New Zealand had such a horrendous problem with insulation that my old Berlin apartment is even now warmer than every house I’ve ever lived in back home. I still haven’t turned on the heater in my room and it’s nice not to have your own condensation freeze.

Now that winter has properly arrived, I find myself  pondering what the big deal is (ice chaos aside).

The snow on the ground makes everything a lot brighter (and a good deal prettier). We’ve just had two clear days and it’s refreshing to stroll the riverbanks and then thaw out in a coffee shop or a cosy kitchen.

I imagine the prophesied winter blues could come, not from the cold, but from the grey. Berlin does have a lot of it on the best of days.

I suspect the late arrival of winter could see it overstaying its welcome like last year, but as the North American polar vortex showed, anything can happen. On the climatic craziness topic, read something interesting on “Why the Arctic is drunk‘.

Thus I would like to make an appeal to veterans of Berlin winters for any survival tips that could help the amateur over-winterer. Secret winter hot-spots? Curious traditions and tricks of the tested? 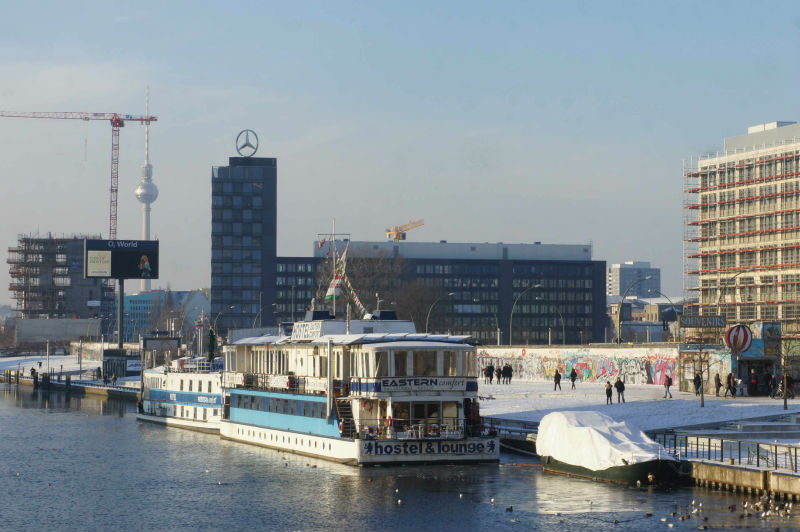