Back in New Zealand we also have Labour Day – a public holiday now noted primarily for the three-day weekend it allows, rather than the struggle that led NZ workers to be among the first in the world to claim the right to an eight-hour working day.

Assuming the same here, I was busy booking May 1 flights to Oslo when my flatmate exclaimed, “Digga, you have to stay here”.

Curiosity piqued, I inquired as to why this was the case.

It turns out May Day has had special significance in Germany since the “Blutmai” (Bloody May) of 1929; the year the Social Democratic Party had banned traditional demonstrations, which went ahead anyway, with the result of 32 people shot dead.

Ever since it’s been a day of demonstrations and only in the last five years have the battles between leftist protesters and police diminished from the riotous heights of burning cars, ransacked businesses and injuries in the order of hundreds. 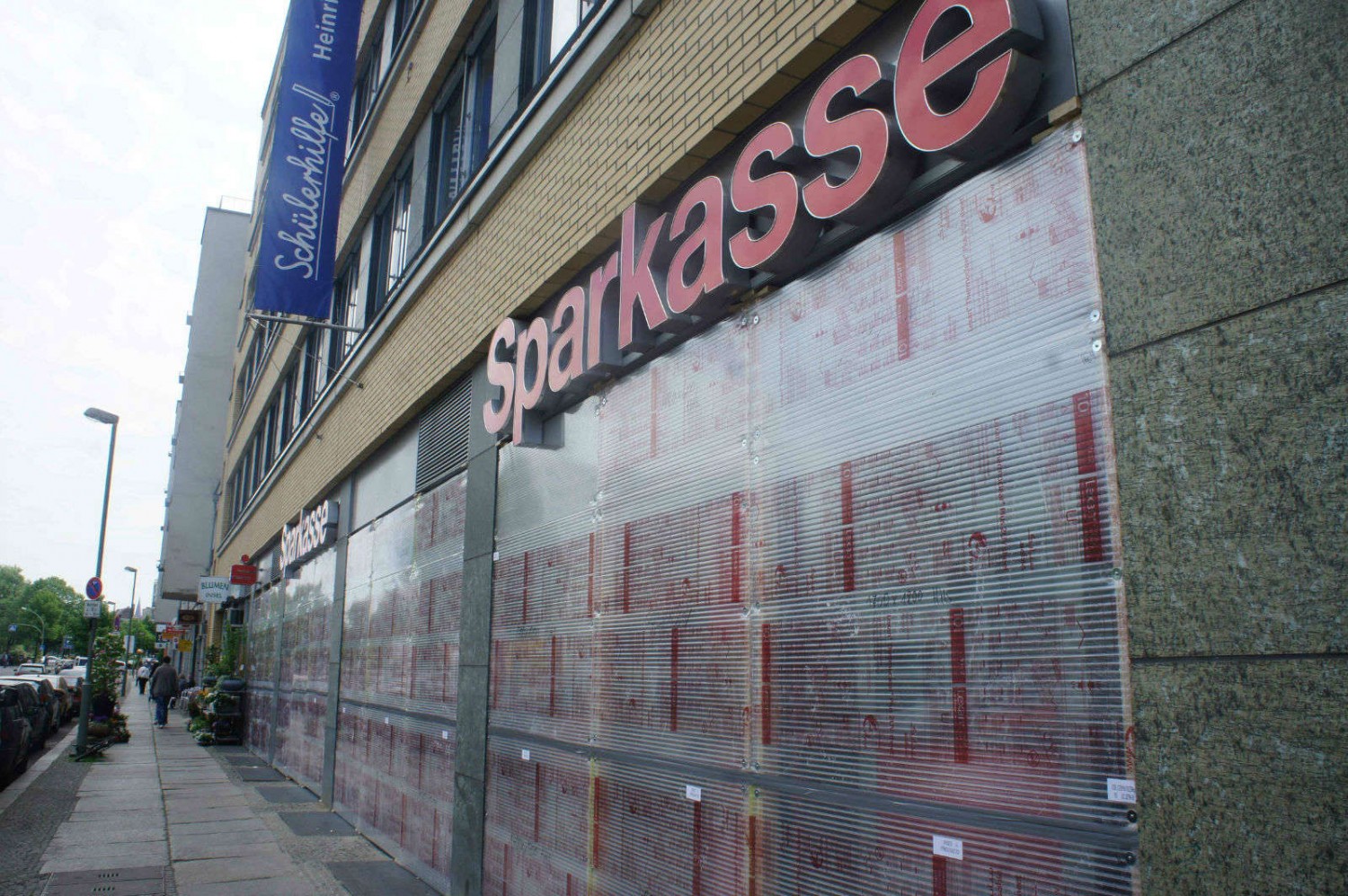 A boarded-up Sparkasse bank in Kreuzberg

The action mostly takes place Kreuzberg – the home of ‘Revolutionary 1st of May’ demonstrations since 1987, which saw protestors take control of the neighbourhood for a night of anarchy in response to police action.

I arrived in Kreuzberg with very little trepidation – the very same neighbourhood once blocked with flaming barricades is now home to a crowded street festival by the name of MyFest.

Many would name this chaos enough; throngs of beer-quaffing people crammed into the streets, an elderly gentleman lying on his back on the footpath as he nonchalantly smokes a cigarette, music blasting from all directions, groups of police stalking among the crowd, bulky body armour evident under their clothing. 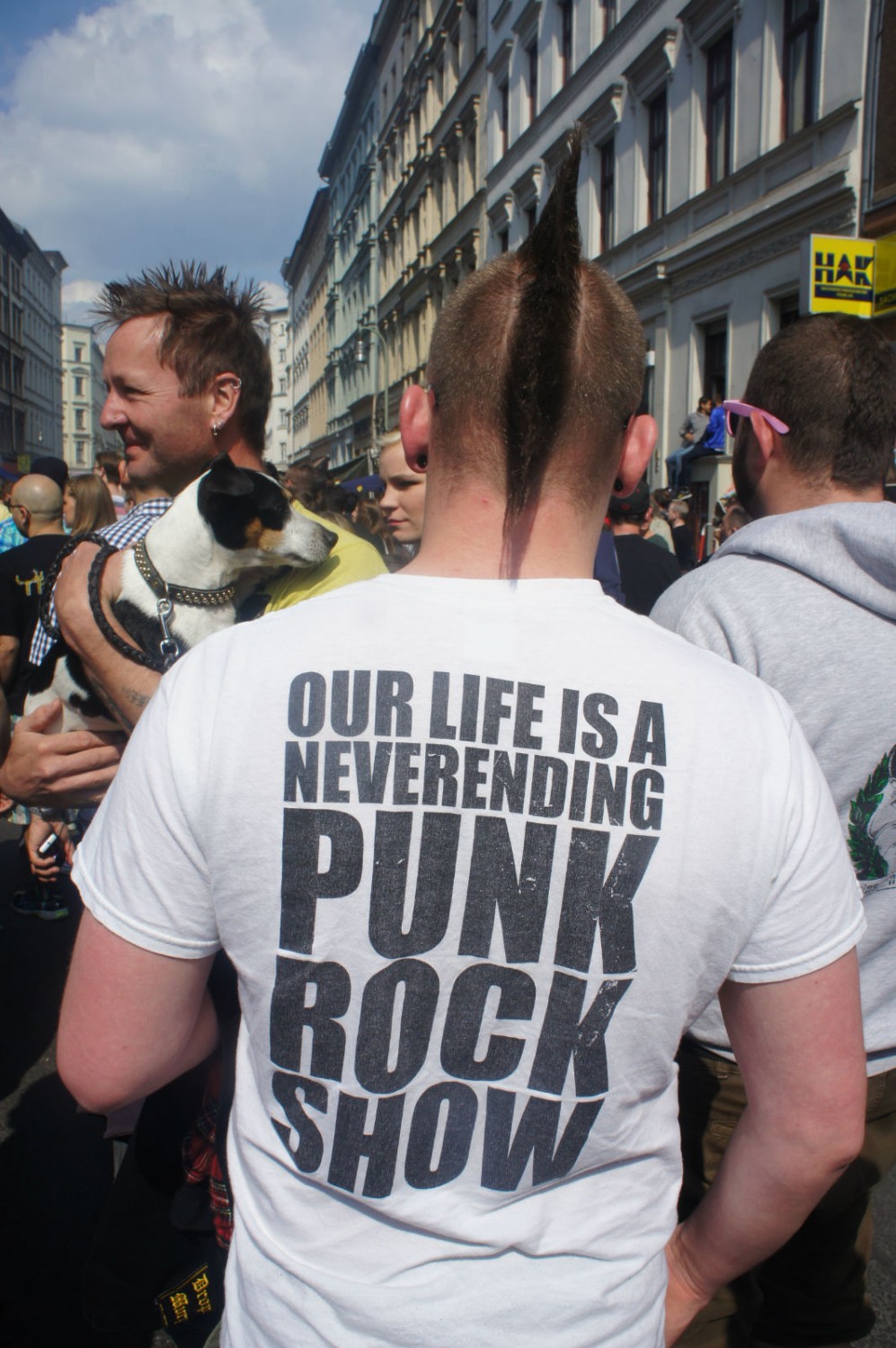 To me, this began to explain the stories I had long ago heard of Berlin – a European city often at odds with expectations and authority.

The atmosphere was anything but tense as the sun emerged to complete sensory overload. Drinks in hand, we drifted with the sea of people through District SO36.

However, to some, MyFest is seen as an affront, a way to pacify a traditional day of protest both by distracting the public and effectively disallowing demonstration parades their traditional routes by blocking off the streets. 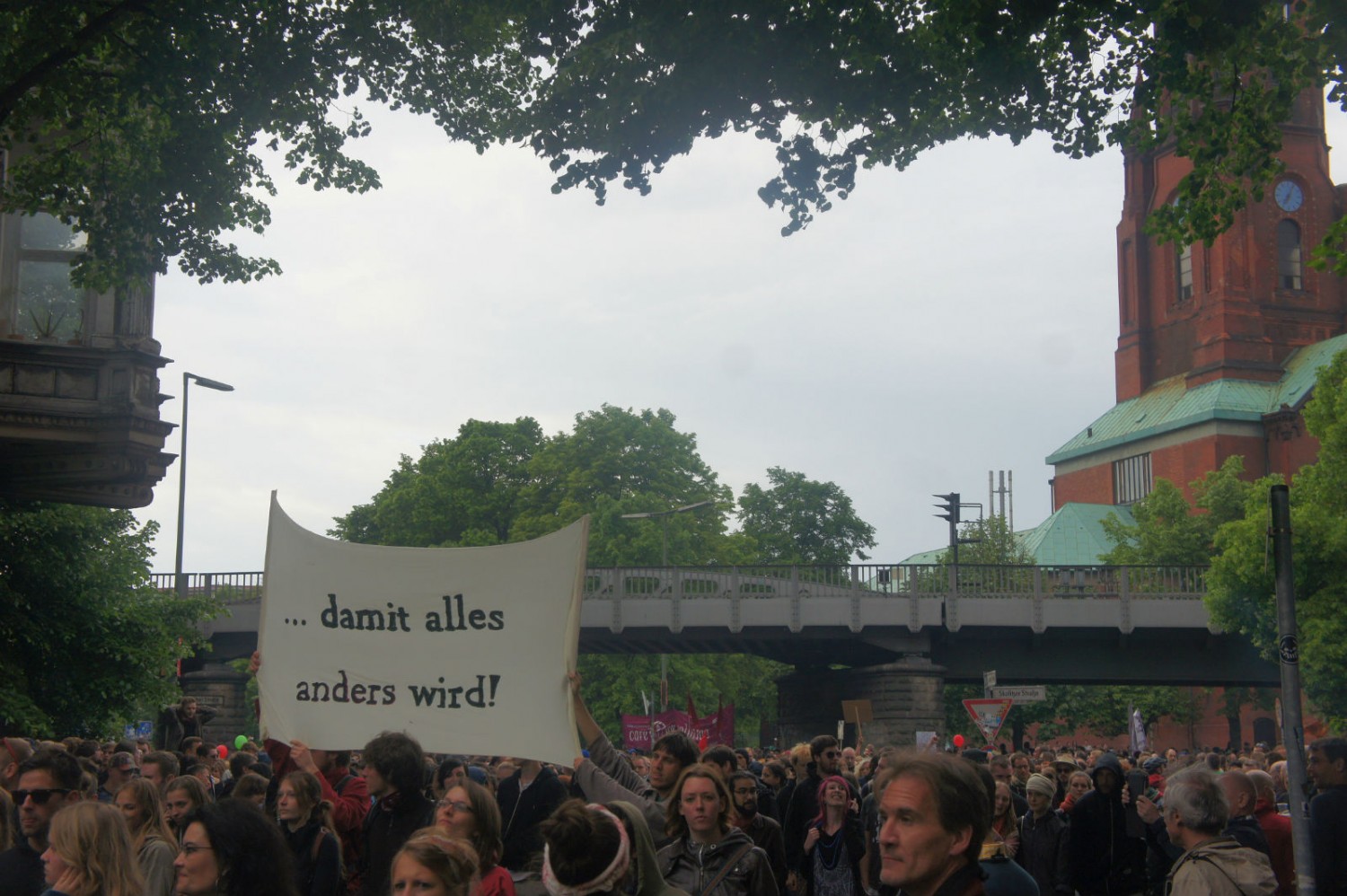 The protest sets off from Görlitzer Bahnhof

The leftist groups’ unregistered protest march began at 6pm with anti-capitalist slogans rending the air in protest against gentrification, current European crises and  the treatment of refugees. The demonstration departed and swelled to around 20,000 participants, a mixture of protestors and curious spectators swept along in the flow.

One thing I know is that my knowledge of German politics is rudimentary at best. Another is that I dislike to wander into a situation I don’t understand, so I did not follow the parade for long, but I hope that as my German improves I can begin to make more sense of the situations that drive such outcry.

There would later be reports of clashes between Police and protestors, firecrackers, arrests and alleged brutality, but it seems to be a far cry from previous years or even rising violence in the Hamburg protests.

It is perhaps not a far cry to say some of this violence comes more under the banner of hooliganism than protest, but to dismiss the issues raised so vehemently would be disingenious. 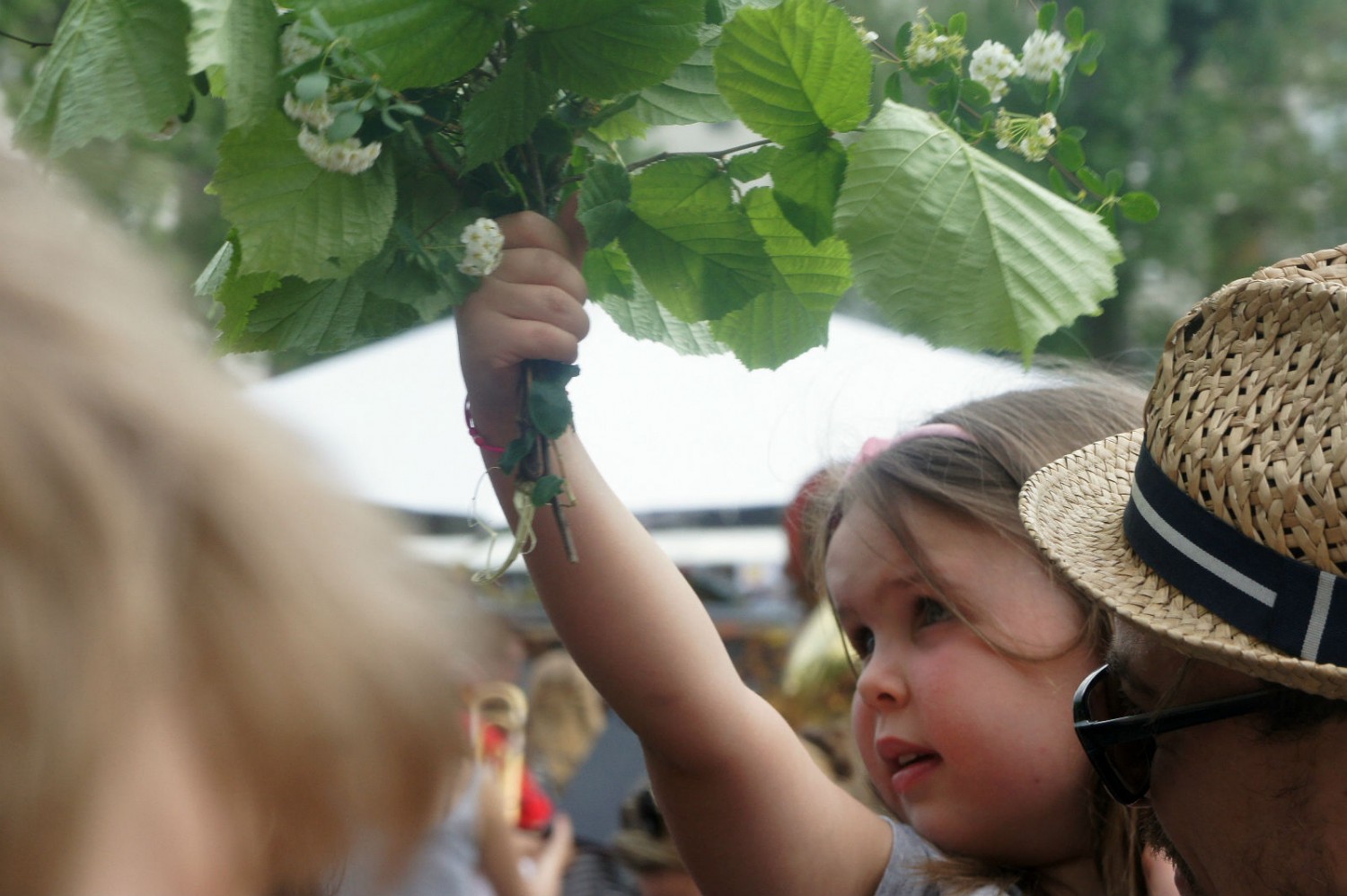 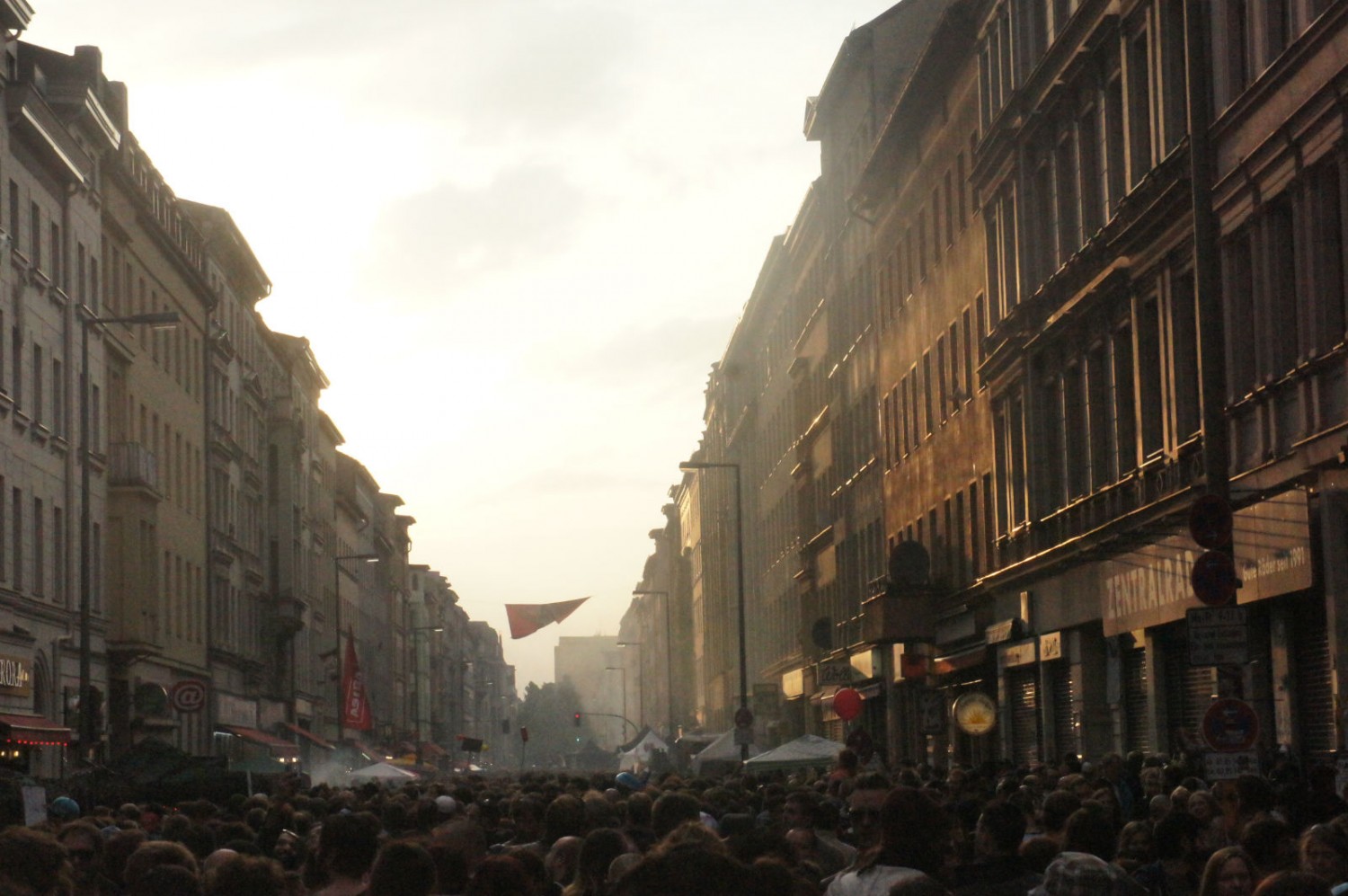